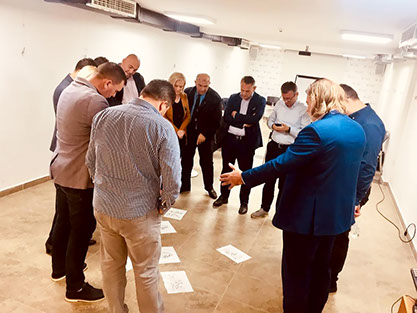 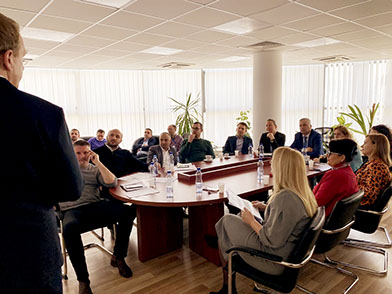 ‘Through its four components: reorganisation of CRA, IT, Legal and Process Management the project supported the CRA towards creating a well-designed Strategy, management tools, evaluation report on IT and legal issues. This also affected the policies at the municipal level. The overall objective of the project resulted in improving some of the processes of the civil registration system in accordance with EU standards.’

‘The Project aims to support the organisation, increase the quality of civil registration and contribute to personal data protection and document security. Being a public office, the CRA together with the Project developed a package of legal amendments. In the near future these efforts will contribute to a decrease of administrative burdens in civil registration, an enormous decrease in the paper used for certificates and extracts from the registers and will provide the basis to deliver e-services to citizens.’

For over two years now, the project has supported one of the most important public data management agencies in Kosovo – the Civil Registration Agency (CRA). With the project’s support the agency, responsible for vital data and vehicle registration, aims to achieve changes in the organisation through four main pillars: internal organisation, IT, legal framework and process management. The support, based on the best practices and experiences from the Netherlands and Lithuania, has a focus on several critical processes: visa liberalisation, European Public Administration reform, Rule of law principles and first steps towards a future European integration. By achieving all the results and keeping them sustainable, the impact will extend to each citizen of Kosovo, allowing them to receive more professional, transparent and modern services from their government.