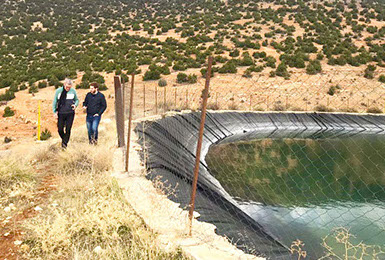 In Deir el Ahmar, Maarten Blokland conducted a feasibility study for one of MASAR’s projects that aims to improve the irrigation of agricultural fields by connecting them to nearby hill lakes. 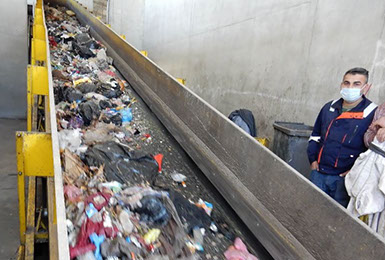 MASAR builds the capacity of personnel in the Kwashe Solid Waste Plant to improve the maintenance and operations of the plant. This includes repairing and building the technical expertise for operating this broken conveyor belt. 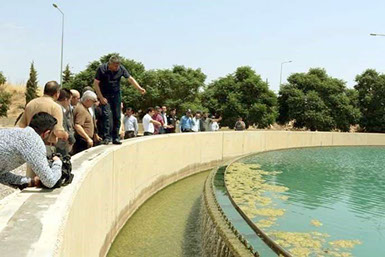 MASAR provides advice regarding the treatment of algae in the Duhok Water Treatment Bassin as requested by the Directorate of Water. The advice provides recommendations on how to improve the quality of potable water.

and Migration by strengthening democratic

The conflict that erupted in Syria in 2011 has resulted in what is now the largest refugee crisis in the world. More than 5.6 million refugees are registered in neighbouring countries, primarily Turkey (3 million), Lebanon (1 million), Jordan (650,000) and Iraq (250,000 refugees and 1.5 million internally displaced persons). Aside from being a humanitarian disaster, the refugee crisis puts a heavy burden  on the communities in which refugees reside. From service delivery to housing, infrastructure, waste management or local economies, the mass influx of refugees presents many challenges to communities. Local governments are often the actors responsible for responding to these challenges.

This is why MASAR for Local Governments seeks to strengthen the long-term resilience of local  governments and their host, refugee and IDP populations to deal with displacement. Financed by the EU’s Regional Trust Fund in Response to the Syrian Crisis (“MADAD”), the project targets those areas most heavily affected by the Syrian refugee crisis. By focusing on improving service delivery, area-based planning and facilitating better access to municipal investment, the project seeks to help local governments develop sustainable long-term solutions to the challenges they face. MASAR for Local Governments is implemented by VNG International in partnership with ACCD (Catalonia), PCPM (Poland) and KL (Denmark).

Achievements in the first project year (inception phase) include:

Both in Lebanon and Iraq, we have managed to register and establish our local office, select and hire staff and identify Dutch and European municipal expertise suitable for the needs of the MASAR target groups.