‘Thanks to the support of the IDEMA program, the rate of citizen participation in the Annual Investment Plan General Assemblies has increased significantly compared to previous years. Our community has achieved assurance of a participation rate of more than 1% of the population which permits us to gain points in the annual tax assessment.

We have also profited from technical assistance trainings, which have developed the capacity of municipal council members and administrative staff.

General Secretary of the

9 December 2019, Tunis, Seminar on Local Economic Development and the installation of local Business Forums into Tunisian municipalities with an example of the Business Forum of Haarlem.

‘This workshop taught me to consider the municipality’s regulatory framework and to understand the principle of a participative approach to the preparation of the 2020 Annual Investment Plan. For instance, I discovered that minutes have to be taken from every meeting with the municipality in order to document various decisions taken and this has to be distributed to everyone concerned. During the workshop I also managed to formulate my next project that aims to develop the role of civil society within the municipality. We have 315 associations in Béja but only 18 of them are in contact with the municipal administration. The objective of my project is to create a platform with a database of existing associations to facilitate contact among them and enlarge the associative network in the Béja municipality.‘

participant of a technical training

on the implementation of a participatory approach in the Béja municipality. 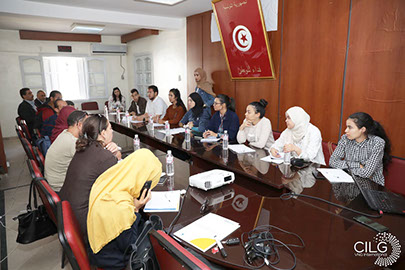 October 2019, Training on the participatory approach for municipalities of Rawed, Beja, Aïn Drahem, Krib, Bir El Hfay, Ben Guerdane, and Dhehiba – how to account for citizens’ needs and aspirations in municipal planning and the 2020 Annual Investment Plans. 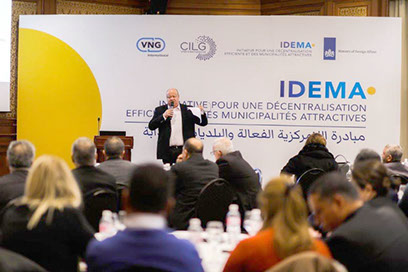 Tunisia, The Initiative for Efficient Decentralization and Attractive Municipalities (IDEMA)

The Initiative for Efficient Decentralization and Attractive Municipalities (IDEMA) program in Tunisia supports two ministries in the process of decentralization, as well as 12 municipalities for improved local economic and social development, and inclusive and democratic local governance through citizen participation. The first year of the program supported both the ministries, but placed more attention on the development of target municipalities through advocating participatory processes for various municipal plans, as well as raising awareness on the creation of municipal economic units and benefits of Business Fora therein for LED.